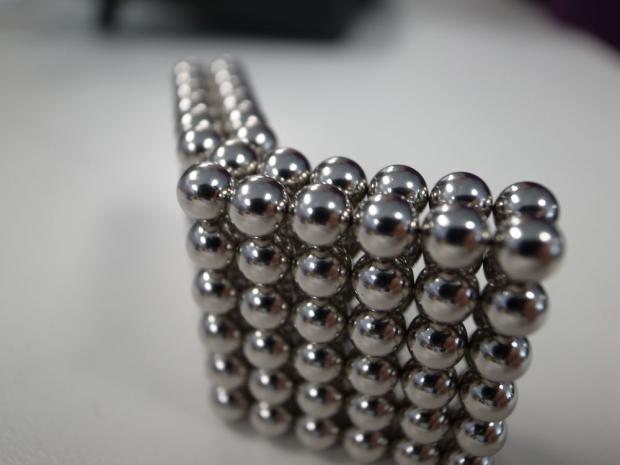 Don't swallow magnets. This may seem obvious enough that it shouldn't have to be said even once, but we're going to repeat it, just to be safe: Don't swallow magnets. Especially rare earth magnets. Until a few years ago, rare earth magnets were marketed as desk toys under such names as Buckyballs, Zen Magnets, and Neoballs. Users could shape these spherical neodymium magnets into all sorts of desktop sculptures to stave off boredom. After product recalls and loads of legal drama, they're about to go back on the market – just in time for the holidays.

Why were these products banned in the first place? While they were marketed as toys for adults, they inevitably ended up in the hands — and mouths — of children, sometimes with truly brutal consequences.

Swallowing just one of the pieces is unlikely to cause any harm, but two or more create a serious health risk. Since the small magnets are remarkably strong, they can attract one another even from some distance away. That means they can pull themselves together inside of you, breaking through bodily tissues to do so. Imagine the Death Star garbage masher from "Star Wars," but if the walls were different pieces of your intestines.