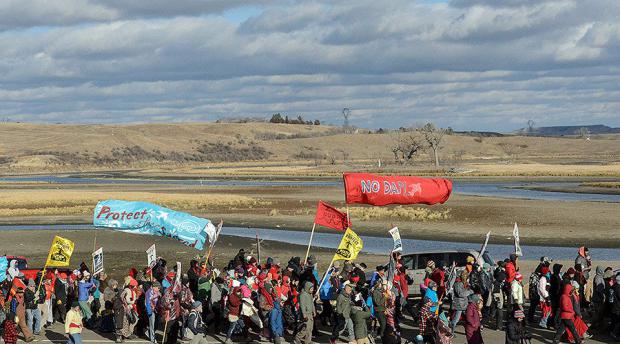 It previously said the Oceti Sakowin camp would be closed on December 5.

"The Army Corps of Engineers is seeking a peaceful and orderly transition to a safer location, and has no plans for forcible removal," it said in a statement on Sunday, adding that "those who choose to stay do so at their own risk as emergency, fire, medical, and law enforcement response cannot be adequately provided in these areas."

It did warn, however, that "those who remain will be considered unauthorized and may be subject to citation under federal, state, or local laws."

The statement comes after authorities announced on Friday that they were "closing the portion of the Corps-managed federal property north of the Cannonball River to all public use and access effective December 5, 2016."On Monday, North Dakota Governor Jack Dalrymple issued an emergency executive order for protesters to evacuate a campsite near the pipeline, citing "safety concerns and the potential danger to human life for those camping on federal property without proper shelter during harsh winter conditions."