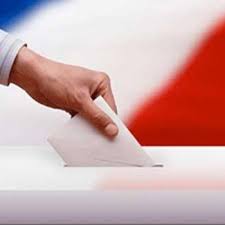 On Sunday, the French Republican party held the first round of its open primary, in which 7 candidates competed for the nomination. The polls predicted that the mayor of Bordeaux, Alain Juppé, an establishment centre-right candidate with a great appreciation for the European Union, would be the clear winner, with former president Nicolas Sarkozy right on his tail. In a stunning upset, Sarkozy's former Prime Minister, François Fillon, won 44.1% of the vote, while Alain Juppé finished second with 28.6%.

The upset is not only that an alleged outsider turned out to qualify for the knockout vote next Sunday, whereby disproving pollsters and political commentators, but also that this candidate's proposals advocate a much smaller government. François Fillon wants to get rid of 500,000 public sector jobs in five years, lower the burdens of taxation and social security contributions by €50 billion and reduce spending by €100 billion. Fillon also intends to considerably increase school autonomy and wants to scrap François Hollande's tax on large incomes.

But let's not get too excited. Fillon's spending cuts distract from the fact that he supports a 2% increase in sales tax, encourages the War on Drugs, suggests an annual cap on immigration through parliament, wants to ban the burkini, and wants to reintroduce mandatory sentencing in criminal law cases. François Fillon was Sarkozy's prime minister from 2007 to 2012, a time period characterized by tax increases and the massive 2008 bank bailout.