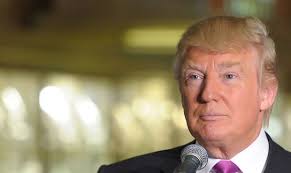 When the tide began to turn against Hillary Clinton on Tuesday night, I planned to write this column about the unwarranted and unlawful injection of the FBI into the political process. At the time, I was seated with the Fox News number-crunchers and generally was exposed to trends and vote totals — and the number crunchers' lucid explanation of them — long before they were revealed on-air. I am more an ideas guy than a numbers guy.

On Tuesday night, the numbers were so overwhelming it was clear that the FBI had nothing to do with the outcome of the presidential election. The numbers on Tuesday told a tale that needs to be related. What the FBI did and failed to do assaulted the rule of law, but that is for another column.

Whatever the impression Trump may have given you — a carnival barker, a hero, a jerk, a courageous leader — he brilliantly tapped into a deep vein of millions of American men and women who believe they have been forgotten by the government they pay for. These good people have been alienated by the elites who dominate American government and culture and civic life.

On Tuesday night, they found a home.

The forgotten man believes that the Obama administration doesn't care about him. The forgotten man knows that the government put into place regulations of economic activity that put him out of work or into a lower-paying job. These forgotten men and women resent the Obama administration's telling them they must have health insurance or they will be taxed for it and then so incompetently manipulating the marketplace as to cause the cost of that insurance — often an unwanted product — to skyrocket.