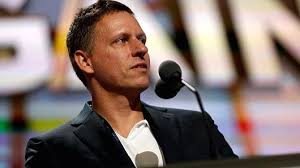 In a statement sent to Business Insider, Peter Thiel praised Trump's win and described an uphill battle ahead for the president-elect: "Congratulations to President-elect Donald Trump. He has an awesomely difficult task, since it is long past time for us to face up to our country's problems. We're going to need all hands on deck."

Thiel backed Trump before the Republican National Convention and has spent the past few months defending his position as Silicon Valley groups have called for companies like Facebook and Y Combinator to distance themselves from the legendary venture capitalist.

But with a Trump presidency imminent Thiel's position appears less of an outlier, if still not in the tech world.

In an appearance at the National Press Club on October 31, Thiel said Trump "points toward a new Republican Party beyond the dogmas of Reaganism."

"He points even beyond the remaking of one party to a new American politics that overcomes denial, rejects bubble thinking, and reckons with reality," he said during the speech.

Young Idealists Go Off the Grid, Get Smeared as Bigots in a 'Cult'