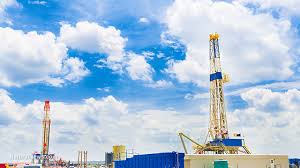 In fact, under the Obama Administration, the Bureau of Land Management (BLM) has been setting up auctions that allow fossil fuel companies to bid on public land for as little as $2 an acre, so that they can rapidly frack entire regions of the country. This is how the Marcellus Shale region of Pennsylvania became a hot spot for fracking in recent years; the federal government was cheaply auctioning off the rights to frack there.

For years, the BLM conducted the auctions in person. As the people of the United States began to learn more about the dangers of fracking and how this controversial method of drilling with chemicals poisons the land, air and water, however, activists started getting involved to peacefully protest these auctions. In the past year, nine out of 15 BLM-led auctions have been cancelled or postponed due to mounting public pressure. The very government that advertises climate change and promises environmental protection, is the entity selling off public land, only to have it polluted nonstop by the big oil companies.

Back in May, in Lakewood, Colorado, activists blocked the entrance to a Holiday Inn where an auction was taking place. Later in the summer, activists gathered outside the New Orleans Mercedes-Benz Superdome and rallied to protest a lease sale. Not being heard, activists made their way into the Department of the Interior building in Washington, DC. While striking to demand no new fossil fuel fracking leases, 13 activists were arrested.

And now that the keep-it-in-the-ground protests have become too much of a nuisance, the BLM have decided to move the auctions online. The right to assemble and speak out against these abuses can be completely ignored, as the government moves the bidding to the worldwide web. Currently, the BLM are putting 4,000 acres of public land up for auction across Missouri and Kansas.

The Obama Administration is like a pimp allowing the United States to be sold and exploited like a cheap whore. The federal BLM maintains a facade of public land stewardship, only to use it to gut the United States' natural resources.