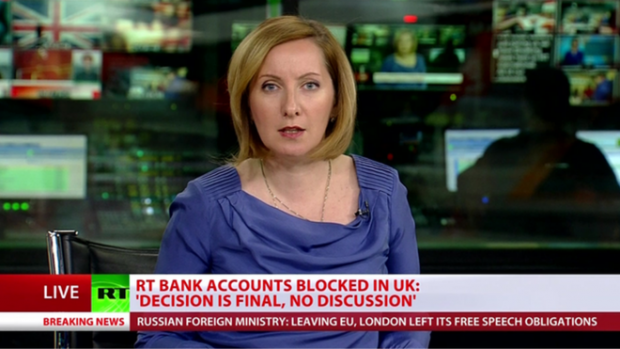 The bank said the decision was "not taken lightly" and that the accounts were "still operative" at present.

An MP from Russia's ruling party has said its parliament will demand an explanation from the UK.

RT says the entire Royal Bank of Scotland (RBS) Group, of which NatWest is part, is refusing to provide its services.

The broadcaster, previously known as Russia Today, says NatWest wrote to its London office saying: "We have recently undertaken a review of your banking arrangements with us and reached the conclusion that we will no longer provide these facilities."

The bank, RT said, had insisted its decision was final and it was "not prepared to enter into any discussion."

A letter posted online by the channel appears to show that the freeze is not in effect yet. It warns that banking facilities will be "cancelled and closed" on 12 December.

RBS said in a statement: "These decisions are not taken lightly. We are reviewing the situation and are contacting the customer to discuss this further. The bank accounts remain open and are still operative."