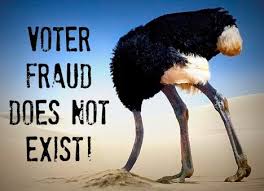 President Barack Obama's chief counterterrorism adviser Lisa Monaco said recently that it would be very hard for someone to hack into America's voting systems in a way that could alter an election outcome.

Monaco's remarks echoed those of FBI Director James Comey, who also told an audience recently that "the vote counting in this country tends to be kind of clunky, which is a blessing because it makes it harder for hackers to infiltrate."

The bottom line is that a fifth of United States citizens cannot securely cast their votes.

Yet in spite of those comments, the federal government is just now pushing out to states a set of tools, such as the ability to scan for vulnerabilities and quickly patch them, and some best practices that voting officials should adopt, a mere four weeks before what is probably the most important national election of our lifetime.

In case it matters, Lisa Monaco has no discernible background or experience in cybersecurity — or counterterrorism for that matter — having served only as Principal Associate Deputy Attorney General in the Obama Justice Department prior to her appointment to her present role, where her primary duties have been the handling of day-to-day responsibilities involved in the closing of the terrorist detention facility in Guantanamo Bay. However, Monaco did graduate from Harvard with a degree in history and has a J.D. from the University of Chicago, so at least she isn't one of those down-market "deplorables."

Still, rather than let you decide in a vacuum whether you believe the FBI director's recent expression of concern about cyber hacks, or those of this administration's chief counterterrorism adviser, let's look at the facts as viewed by a veteran cybersecurity analyst.