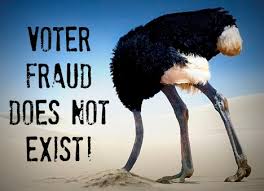 absolutely astounding.  Yesterday, I showed you that dead people are being registered to vote right now and that they have been voting in elections across the country for years.  I also showed you that illegal immigrants have been voting in important swing states such as Virginia and Pennsylvania.  But all of that pales in comparison to the evidence of systematic election fraud that we witnessed on election day in 2012.

Because Mitt Romney threw in the towel very early on election night in 2012, very little scrutiny was given to the actual voting results.  But if Romney had been willing to fight, there was actually quite a bit of evidence that the election was potentially stolen from him.

According to the Election Protection Coalition, voters all across America reported over 70,000 voting problems by five o'clock Eastern time on election day in 2012.  In many instances, voters that were attempting to vote for Mitt Romney were having their votes switched to Barack Obama by the voting machines.  We are going to look at some examples of this phenomenon below.

In particular, we want to focus on the swing states, because that is where most of the voting irregularities seem to have popped up.  If you are going to steal an election, you don't really care too much about the really "red states" or the really "blue states".  Rather, the key would be to shift enough votes in the tightly contested swing states to ensure a victory for your candidate.  And so let's take a look at what happened in some of the most important swing states during the last election.

During election night in 2012, the pundits breathlessly proclaimed that it was all going to come down to Ohio.  They told us that if Mitt Romney was going to have any chance of winning the election that he had to win Ohio, and so that was the state to watch more than any other.