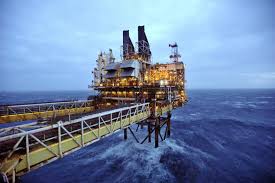 Oil and gas companies are dumping unlimited amounts of fracking wastewater and chemicals directly into the Gulf of Mexico with the full approval of the EPA.

Though many believe that the Gulf of Mexico is "back to normal" following the 2010 BP oil spill, the Gulf has continued to suffer silently in the years since. Natural gas and oil companies, with full approval of the EPA, have been dumping unlimited quantities of fracking wastewater and chemicals into the Gulf, with 75 billion gallons dumped in 2014 alone. Though these massive volumes of wastewater cannot contain oil and must meet toxicity standards, oil and gas well operators are only required to test the waste stream a few times a year with no oversight. When the Center for Biological Diversity contacted the EPA for more information, the EPA responded that they "didn't really know what chemicals are being discharged into the Gulf of Mexico." Despite this clear lack of knowledge and failure to provide critical oversight of energy companies, the EPA has announced a draft plan that would continue this same, misguided "policy" for the next several years.

The Gulf of Mexico's "Dead Zone" with an offshore fracking well in the horizon Credit – oceandoctor.org

Though many opponents of fracking mainly focus on "onshore" fracking, offshore fracking in oceanic ecosystems has also been booming in recent years. In the four years between 2010 and 2014, when the Gulf ecosystem was still reeling from BP Deepwater Horizon spill, the Obama administration approved 1,500 offshore fracks in 630 different wells. These wells were given EPA permits that exempted them from comprehensive environmental reviews. Why would the EPA do this? It all started back in 2005 with the passage of the Energy Policy Act, also known as "Cheney's loophole."

This piece of legislation permanently exempts fracking fluids from the Clean Water Act, and was passed largely due to the lobbying efforts of then-Vice President Dick Cheney, a former Halliburton CEO. Due to this exemption, the EPA is both unable and unwilling to regulate fracking wastewater. Even if the EPA could regulate the contents of fracking wastewater, oil and gas companies would still refuse to divulge, even to them, 10% of the chemicals used. Current policy doesn't demand energy companies to disclose any of the chemicals they use in fracking fluid, but some have been disclosed voluntarily on an online database. Even though neither the government nor its citizens can fully know the contents of fracking fluid, independent research has shown that they are full of toxic and cancer-causing chemicals. Chemicals such as benzene, formaldehyde, and hydrogen sulfide have been found around on land wells, some of them in quantities five orders of magnitude over federal limits.

WATER EMERGENCY ALERT is Issued as Brazil is Facing Drought

Author Rosa Koire's Cause of Death Due to Her Illness

Exposing the fraud that is Impossible Foods