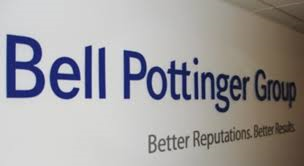 A Public Relations firm based in the UK was paid half a billion dollars by the Pentagon to create fake terrorist videos in Iraq, according to the Bureau of Investigative Journalism (BIT). The PR firm, Bell Pottinger, is no stranger to controversy as it also represents a variety of questionable clients such as the Saudi government and Chilean dictator Augusto Pinochet's "charitable" foundation. Bell Pottinger took the project not long after the US invasion of Iraq and was initially paid to make videos promoting "democratic elections," though this later devolved into more lucrative videos related to psychological and information operations.

A former employee of the firm, Martin Wells, told BIT that he was sent to Baghdad soon after being hired by Bell Pottinger as a video editor. He then began editing content for secretive "psychological operations" at the US military's Camp Victory where he and other Bell Pottinger employees worked in highly secure areas where they reported directly to the CIA, National Security Council and the Pentagon. The Bush White House, as well as General David Petraeus, signed off on the produced content. The PR firm worked under the Information Operations Task Force (IOTF) as well as the Joint Psychological Operations Task Force (JPOTF), which the Pentagon confirmed – though they declined to comment on the firm's work for the JPOTF.

Most of the videos were targeted at Iraqi civilians. Films were edited to look like they came from Arabic news sources, while other commissioned videos were commercials portraying Al-Qaeda in a negative light. Many videos were falsely attributed to other groups or individuals or had their American-English origins hidden. As an example, a bombing would be filmed with low-quality video, which was then edited to look like news footage. It was then given to local TV stations and presented as unbiased news. Many of these videos then made their way onto US and UK news, which served as "proof" of Al-Qaeda's presence in Iraq, which only foreign militaries could eradicate.

According to Wells, the video's had very specific instructions including specifications for style, length, file format, and types of stock footage. The videos were then made to be readable only by Real Player, which does not run without an active internet connection. The CDs containing the videos also contained Google Analytics code, which allowed the military to track IP addresses of any computers that played the videos. Most of the videos were picked up in Iran, Syria, and the US. Wells said: "If one, 48 hours or a week later shows up in another part of the world, then that's the more interesting one. And that's what they're looking for more, because that gives you a trail." This allowed the videos to have added "intelligence value."