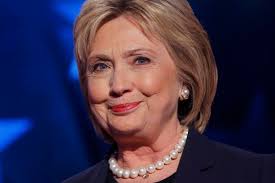 In this weekly column and in my on-air work at Fox News, I have characterized former Secretary of State Hillary Clinton as a crook and as the "Queen of Deception." I have argued that there is enough credible evidence in the public domain to indict, prosecute and convict her of espionage, perjury, misleading Congress, public corruption, providing material assistance to terrorist organizations and obstruction of justice.

I can point to five times when she lied under oath. I know of FBI agents who believe that their hands were tied by the Obama administration in the criminal investigation of her. And I know of American intelligence agents who firmly believe that Americans died because Clinton failed to keep state secrets secure.

She sent emails containing state secrets to a former aide whom she knew lacked any security clearance and whose emails were hacked by hostile foreign governments, and she left classified documents in a bedroom in a foreign embassy where personnel without clearances had access to them.

She refused to use government-secured email devices because she wanted to keep her behavior hidden from the public and from the president. Some of that behavior had to do with using the power of the government to enrich her family's foundation. I have argued that there is strong, credible evidence to demonstrate that she exercised her official behavior as secretary of state in accordance with the financial needs of her family's foundation. She refused to see some foreign dignitaries until they gave money to the foundation.

She had her close personal aide, Huma Abedin, employed by the foundation while she was employed by the State Department, such that folks who dealt with Abedin knew that she would ask them for money for the foundation as Clinton's official gatekeeper; and they'd need to make those payments in return for favorable treatment from the secretary of state.