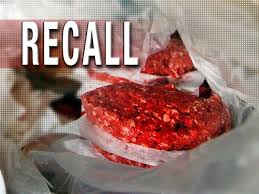 Of the seven people who were reportedly sickened from eating the contaminated meat, five were hospitalized, and as of Saturday, September 24, the E. coli outbreak had reached four states: Connecticut, Massachusetts, Pennsylvania and West Virginia.

Officials from the Centers for Disease Control (CDC) are currently investigating the cause of the outbreak, and by Saturday had contacted five of the seven people who fell ill. All five had eaten Adams Farm ground beef.

The strain of E. coli bacteria identified in the outbreak (Escherichia coli O157:H7) produces Shiga toxins, which can cause serious illness, particularly in young and elderly people, as well as those with weak immune systems. The ages of those affected in the current outbreak range from 1 to 74.

E. coli infections can lead to fatal kidney failure (hemolytic uremic syndrome), but none of those who fell ill have yet been diagnosed with that condition.

"The recalled products were shipped to farmers markets, retailers and restaurants in Massachusetts, Connecticut and eastern New York, but may have also been shipped to neighboring states. ...

"Illnesses began between June 27 and Sept. 4, 2016, but officials noted those that began after Sept. 8, 2016 may not be reported yet, as the typical lag time between when an individual is sickened and when he or she reports so is two to three weeks on average."

To view a complete listing of the recalled products, visit the USDA website.

There are many strains of E. coli bacteria, and the most common way for humans to become infected is through eating contaminated food, especially ground beef.

From the Mayo Clinic:

"When cattle are slaughtered and processed, E. coli bacteria in their intestines can get on the meat. Ground beef combines meat from many different animals, increasing the risk of contamination."

WARNING - BEFORE YOU START A HOMESTEAD BUSINESS