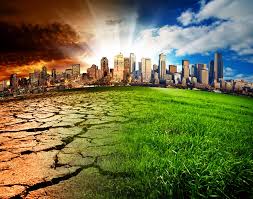 It's literally a love fest at the UN as leaders praise themselves for embedding 2030 Agenda and the 17 Sustainable Development Goals into their national governments. They have no clue that these policies will more likely lead to their destruction and not their salvation. ? TN Editor

Speaking on behalf of Peter Thomson, the President of the United Nations General Assembly, one of the 193-member body's Vice-Presidents, Durga Prasad Bhattarai, Ambassador of Nepal, said he was encouraged by the fact that many UN Member States have already embedded the Sustainable Development Goals (SDGs) into their national plans and policies.

"We began with a moving SDG moment, which reminded us of how transformative the SDGs will be and how urgently action is now required to implement them," he said inclosing remarks at the closing of the Assembly's annual general debate, the forum where world leaders gather to present their policies the theme of the session – which this year is SDG implementation ¬ –as well as other critical global issues.

"Leaders recalled and reaffirmed the spirit and the principles of the UN Charter and confirmed their faith in the central role of UN in international cooperation," he added.

He also welcomed the important discussions on antimicrobial resistance, a phenomenon that threatens millions of lives around the world as well as progress across the SDGs.

He also welcomed the increased momentum on the ratification of the Paris Agreement on climate change and noted that ratifications covering only a further 7.5 per cent of global emissions to see the Agreement enter into force.

Also welcoming the adoption of the New York Declaration at last week's Summit for Refugees and Migrants, he said that high-level event initiated a process that the General Assembly President will take forward during this session, with a view to adopting two global compacts, respectively, on migrants and on refugees, in 2018.

Turning to the complex and critical humanitarian crises in different parts of the world, said: "I [join] the Secretary General and Member States in condemning the unacceptable attacks on a UN aid convoy in Aleppo and in calling for a renewed effort from global and regional powers to find a peaceful political solution."

He also highlighted the reform of the UN Security Council, raised by many Member States as important to posture the global organization to address new challenges across the world, and said that the emphasis placed by world leaders on the protection and promotion of human rights is very important.

Further in his remarks, the Acting President expressed that the engagement of world leaders demonstrated, once again, the unique nature of the General Debate and added that it was "the embodiment of the equality of nations and provides Member States with an opportunity to advance our collective pursuit of solutions to global challenges through dialogue and cooperation."

In conclusion, he also expressed appreciation to the valuable leadership of UN Secretary-General Ban Ki-moon during his term and said: "His statement [opening the debate] was a testimony both to the work he has done these past nine years and the scale of the challenges his successor will face."

Deputy Secretary-General Jan Eliasson also reviewed several of the key themes that emerged over the session, which began Monday, 19 September. He welcomed the many statements of solidarity withrefugees and migrants and was heartened by efforts to mobilize against xenophobia. He recalled the concerns of many Member States for the need to support countries of origin, transit and destination.

"The New York Declaration has given a new structure to work regarding refugees and migrants," he said, expressing the hope that the UN would send a signal of everyone's equal value. The conflict in Syria was high on the agenda of many States, and it was clear that more needed be done to stop fighting and provide humanitarian assistance. The suffering in Syria had gone on far too long and the dangers to the wider region are enormous, he said.

Commending efforts by the General Assembly and Security Council to accept the notion of sustaining peace, he urged Member States to think more in terms of conflict prevention and post-conflict work.

Futures Briefly Dip After Global Internet Outage, Then Storm To All Time Highs