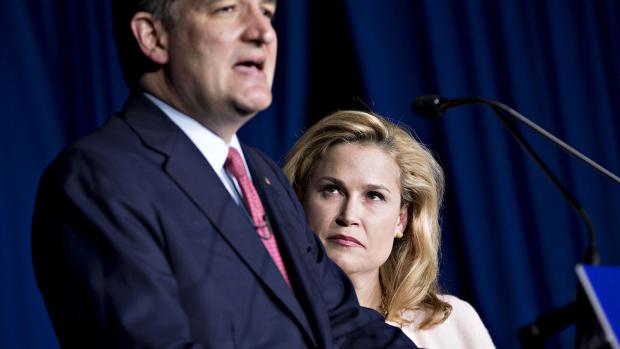 Cruz, 44, will concentrate on helping to win new clients, focusing on strategic relationships, according to a memo to staff Friday from Tucker York, global head of private-wealth management for the New York-based firm. She'll report to David Fox, head of the southwest region for the wealth business.

"We are pleased to welcome Heidi Cruz back to the firm," York wrote in the memo.
Cruz, a managing director, was head of the Houston office last year when she took unpaid leave to help with her husband's ultimately unsuccessful campaign. A Harvard Business School graduate who worked in President George W. Bush's administration, she joined the firm in 2005 and was promoted to managing director, the company's second-highest rank, in 2012.

Ted Cruz, a freshman Republican senator from Texas, suspended his presidential campaign in May after a contest with Donald Trump that had become increasingly bitter, with Trump at one point tweeting an unflattering photo of Heidi Cruz.