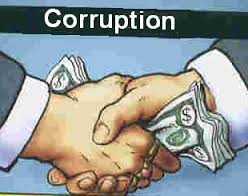 There is clearly a disconnect between the CDC's perceived image and the actual state of the agency. While their website claims the "CDC works for you 24/7," they have fallen far short of achieving their motto of "Savings Lives. Protecting People."2

The CDC should be cracking down on corporations promoting products linked to poor health and disease. Instead, they appear to have taken Coca-Cola, a leader in the production of sugar-sweetened beverages linked to obesity and chronic disease, under their protective wing.

Earlier this year, for instance, Barbara Bowman, Ph.D., former director of the CDC's Division for Heart Disease and Stroke Prevention (DHDSP), left the agency unexpectedly, two days after her close ties with Coca-Cola were revealed.

Bowman reportedly aided a Coca-Cola representative in efforts to influence World Health Organization (WHO) officials to relax recommendations on sugar limits.3 Bowman, however, was not the only CDC official looking out for Coca-Cola.