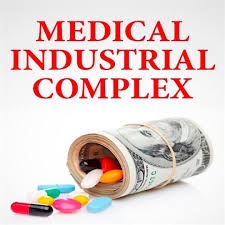 (NaturalNews) Every year, there seems to be a new virus scare coursing through the media. Whether it's West Nile, Bird flu, SARS, Ebola or the current Zika outbreak, there's always an irrational spread of fear and misunderstanding accompanying any new "viral outbreak."

Now, what if this modern trend of virus scares can be traced back to illogical, fraudulent research methods used by the very scientists who supposedly discovered HIV? What if there was no scientific imaging or proof that some or even all of these viruses are actually viruses?

In 1973, the Pasteur Institute set a standard by which viruses are to be isolated and identified. In order for a retrovirus to be isolated, its 1.16 density gradient band had to be photographed after undergoing a process called high-speed centrifugation.

According to an exclusive interview with Dr. Eleni Papadopulos (a biophysicist from Perth in Australia), this process was not photographed by Luc Montagnier and Robert Gallo, the so-called co-discoverers of HIV.

This brings up the question: How did Montagnier and Gallo decide that HIV causes a given condition if they were unable to provide the basic proof that the virus actually exists? How can we claim that the awful condition of AIDS comes from an HIV virus, if the supposed HIV has never been honestly discovered, isolated or photographed properly?

Montagnier and Gallo's two research groups at the time published papers in the journal Science that explicitly provided no proof that that retrovirus called HIV was isolated from AIDS patients.

Yes, the particle that Montagnier and Gallo found was cultured in cells; it was isolated and found to contain objects with the same density and appearance as a retrovirus. However, the researchers did not provide evidence that the objects in the culture contained an enzyme called reverse transcriptase, which replicates when placed in new cultures.

To validate that HIV actually exists, they should have confirmed the isolated particle's buoyancy density, which is proven through a process called density gradient centrifugation. In this process, a test tube is prepared with sucrose, with density increasing toward the bottom. The isolated particles from the culture fluids are placed at the top of the sugar solution. The test tube is then spun at extremely high speeds until the sample is forced through the entire sugar solution. At the point of 1.16gm/ml density the retrovirus is supposed to band. An electron microscope is used to photograph the particles. Only at this point can retroviruses be seen and characterized.

So why didn't Montagnier and Gallo photograph this and publish the electron microscope photos of the supposed HIV virus at 1.16 gm/ml? The photos they took were of unpurified particles from cultures. HIV was never fully proven through the scientific method of defining the density gradient of the supposed retroviral particles.