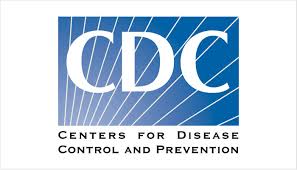 NaturalNews) Sinister, hidden motives are being revealed at the U.S. Centers for Disease Control (CDC). The agency recently announced a new invasive plan for the "control of communicable diseases," by detaining people suspected of being ill and then forcibly medicating them against their will.

The CDC's new proposal, published in the Federal Register [#2016-18103], will give the agency police state powers, permitting CDC officials to detain and forcibly inject chemicals into anyone they deem a threat to public health. There's no rationale for such detainments either. According to the proposal, the "CDC defines precommunicable stage to mean the stage beginning upon an individual's earliest opportunity for exposure to an infectious agent."

Who owns your body?

This proposal is an open declaration that the U.S. government now owns your body. At least that's what the CDC seems to be claiming. The truth of the matter is that each individual has certain inherent, inalienable human rights that must be defended. Each human owns their own body, and should never be legally bound to become the government's property for forced injections or experimentation.

Vaccines cause severe health problems; even the kangaroo court system set up by the Vaccine Injury Compensation Program cannot keep up with the increase in cases of realized vaccine damage. Thousands of cases of such damage are dismissed by the court, and in spite of this, over 3 billion in select payoffs have been issued to vaccine injured families since the court was established. (The court basically functions to give vaccine manufacturers immunity from judicial accountability.)

CDC wants to hear from you

The CDC wants to hear from you about their proposed power trip rule. This is an excellent opportunity to tell the agency exactly how nefarious and overreaching their new proposal is.

If the CDC takes on these new powers, all they will need is for the media to build up enough public fear against some new strain of virus, for a new vaccine to be introduced and forced on the public. Anyone who dares to ask questions or refuse could then be forcibly injected and jailed. As the proposal reveals, "... individuals who violate the terms of the agreement or the terms of the Federal order for quarantine, isolation, or conditional release (even if no agreement is in place between the individual and the government), he or she may be subject to criminal penalties."

Be aware that there is a coordinated, global effort to indoctrinate and force people into vaccine and pharmaceutical obedience. You are not only viewed as a subject without rights, but according to internal WHO documents, you are viewed as an adversary who needs to be psychologically manipulated into believing in vaccine "science." If this new CDC rule goes through, it's not unrealistic to assume that any information you give out as you declare your opposition to forced injections could be used in the future to track you down and inject you against your will.