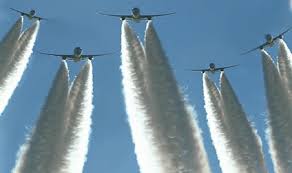 On August 15, 2016 the Centers for Disease Control and Prevention (CDC) invited "public comment" on an especially disturbing edict that will allow the federal agency alongside the Department of Health and Human Services (HHS) to quarantine entire geographic areas of the United States, restrict the movement and behavior of inhabitants in these areas, and ultimately require they undergo vaccination–in a voluntary manner of course–or face criminal prosecution.

In fact, municipalities need only be given a vague "precommunicable" designation to undergo an overall loss of civil liberties that can include mandatory vaccination.

This action is being unilaterally undertaken by a bureaucracy that in recent months has proceeded in a thoroughly irresponsible manner to hype the alleged dangers of the Zika virus, even promoting the aerial dispersion of a toxic substance on South Florida populations to control Zika without any scientific evidence such a measure is safe or effective.

Accompanying this, in July the Obama administration sought $1.9 billion from Congress to "fight" the Zika virus. When it failed to secure such lavish funding Obama's HHS funneled $81 million for Zika "research." To be sure, Zika's vague and difficult-to-diagnose symptoms make it an especially apt vehicle for creating widespread hysteria that could without much difficulty provide the basis for at least limited implementation of the CDC's quarantine and vaccination project.

The CDC's summary of its program reads as follows:

Through this Notice of Proposed Rulemaking (NPRM), the Centers for Disease Control and Prevention (CDC) in the Department of Health and Human Services (HHS) is amending its domestic (interstate) and foreign quarantine regulations to best protect the public health of the United States. These amendments are being proposed to aid public health responses to outbreaks of communicable diseases such as the largest recorded outbreak of Ebola virus disease (Ebola) in history, the recent outbreak of Middle East Respiratory Syndrome (MERS) in South Korea, and repeated outbreaks and responses to measles in the United States, as well as the ongoing threat of other new or re-emerging communicable diseases. The provisions contained herein provide additional clarity to various safeguards to prevent the importation and spread of communicable diseases affecting human health into the United States and interstate.

The document's introductory passages point to the Public Health Service Act and Executive Orders by Presidents Bush and Obama, alongside recent encounters with Ebola and Middle East Respiratory Syndrome (MERS), as the basis of its action.

While measles is regarded as a "non-quarantinable communicable disease", it is referenced a total 186 times through the NPRM, and repeatedly alongside Ebola and MERS, which are invoked 330 times and 60 times respectively.

In fact, the document emphasizes that "every case of measles in the United States is considered a public health emergency because of its extremely high transmissibility," pointing to vaccination as an essential prophylactic.

The Borg Says: "Assimilate or Starve!"