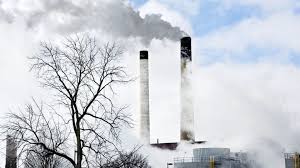 (NaturalNews) The new executive director of the UN Environment Program (UNEP), Erik Solheim, recently laid out key issues that are currently facing the international community. One of these issues includes the pollution crisis, which is having disastrous effects worldwide.

Solheim told reporters in Geneva that the World Health Organization (WHO) has estimated that upwards of 7 million people die each year because of pollution. That figure is nearly equal to estimates of annual cancer deaths.

This news, while unsettling, is not shocking. In 2013, UN officials stated that air pollution was killing more people than some of the world's deadliest diseases. The Huffington Post reported that former director general of the UN Industrial Development, Kandeh Yumkella, told a conference in Oslo that, "Air pollution is causing more deaths than HIV or malaria combined." At that time, Yumkella suggested that new UN energy goals should also include cutting the number of premature deaths caused by indoor and outdoor pollution in half by 2030. However, it would appear that the new guy is not quite so ambitious.

Solheim, a former Norwegian politician and diplomat, appears to be more concerned about creating partnerships with those whom he says could play a role in UNEP's mission. In the true fashion of a politician, Solheim says that, "At the very minimum we will be ready to go into partnerships with companies who either behave well or are ready to change." Then he goes on to describe a recent agreement that was made in Addis Ababa, Ethiopia's capital. A budding partnership is currently being discussed with Ethiopian Airlines, supposedly to help them increase their fuel efficiency.

One has to wonder: What kind of benefits is UNEP going to receive in return for "assisting" those they deem worthy of their "partnership?" Perhaps "ready to change" really means "ready to pay."

Solheim goes on to say that the second issue at hand is the intersection of environment, war, migration and conflict. He says that more reaching out needs to be done to help bring these issues "closer to people's hearts." Mr. Solheim goes on to suggest that as a first step he is considering changing UNEP's name to simply, "UN Environment." That seems like a brilliant waste of time and resources, doesn't it?

While Solheim goes about gathering "partnerships" with businesses that are "ready to change" – whatever that is supposed to mean – people will continue to die.

A recent study found that more than half of the 5.5 million deaths worldwide that are attributed to air pollution alone, occur in India and China. Researchers from the University of British Columbia estimate that 1.4 million people in India, and 1.6 million in China, died from air pollution-related causes in 2013. That's a total of 55 percent of all air pollution-related deaths in just two countries.

If Solheim and his cronies were serious about reducing the number of people who died each year because of the polluted environment they live in, they would start there. However, instead of targeting areas where pollution-related deaths are at all-time highs, Solheim wants to "partner with businesses," and we all know what that is code for: "I'm going to make myself rich."

The UN is no stranger to corruption, especially when businesses are involved. In 2005, the former head of the UN's oil-for-food program in Iraq was found to be guilty of receiving kickbacks from oil c