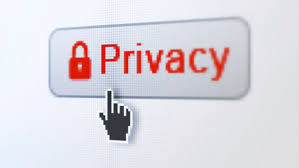 We are losing our privacy forever. Most people just don't care.

We can see this with the free upgrade to Windows 10. It went on for a year. It was difficult not to accept the upgrade. You had to take steps to avoid it or the promotion. I sent out instructions on how to avoid the automatic installation.

Windows 10 sucks our data into its database. The Windows 10 agreement is clear:

Finally, we will access, disclose and preserve personal data, including your content (such as the content of your emails, other private communications or files in private folders), when we have a good faith belief that doing so is necessary to:1: comply with applicable law or respond to valid legal process, including from law enforcement or other government agencies;

2: protect our customers, for example to prevent spam or attempts to defraud users of the services, or to help prevent the loss of life or serious injury of anyone;

3: operate and maintain the security of our services, including to prevent or stop an attack on our computer systems or networks; or

4: protect the rights or property of Microsoft, including enforcing the terms governing the use of the services – however, if we receive information indicating that someone is using our services to traffic in stolen intellectual or physical property of Microsoft, we will not inspect a customer's private content ourselves, but we may refer the matter to law enforcement.

No one cares. How do I know? Because this information has been public for a year. It first hit the Web in late July 2015.

I did a Google search for this (quotation marks create an exact search):

I got a lot of hits.

I am reminded of Paul's words to King Agrippa: "For the king knoweth of these things, before whom also I speak freely: for I am persuaded that none of these things are hidden from him; for this thing was not done in a corner" (Acts 26:26).

The public does not care.

You can (and should) install Windows 10 with the privacy shields on high. There are lots of articles on this. They have been available for a year. This one is good: click here.

This is from the Electronic Freedom Foundation.

The trouble with Windows 10 doesn't end with forcing users to download the operating system. By default, Windows 10 sends an unprecedented amount of usage data back to Microsoft, and the company claims most of it is to "personalize" the software by feeding it to the OS assistant called Cortana. Here's a non-exhaustive list of data sent back: location data, text input, voice input, touch input, webpages you visit, and telemetry data regarding your general usage of your computer, including which programs you run and for how long.While we understand that many users find features like Cortana useful, and that such features would be difficult (though not necessarily impossible) to implement in a way that doesn't send data back to the cloud, the fact remains that many users would much prefer to opt out of these features in exchange for maintaining their privacy.

And while users can opt-out of some of these settings, it is not a guarantee that your computer will stop talking to Microsoft's servers. A significant issue is the telemetry data the company receives. While Microsoft insists that it aggregates and anonymizes this data, it hasn't explained just how it does so. Microsoft also won't say how long this data is retained, instead providing only general timeframes. Worse yet, unless you're an enterprise user, no matter what, you have to share at least some of this telemetry data with Microsoft and there's no way to opt-out of it.

Microsoft has tried to explain this lack of choice by saying that Windows Update won't function properly on copies of the operating system with telemetry reporting turned to its lowest level. In other words, Microsoft is claiming that giving ordinary users more privacy by letting them turn telemetry reporting down to its lowest level would risk their security since they would no longer get security updates1. (Notably, this is not something many articles about Windows 10 have touched on.)

But this is a false choice that is entirely of Microsoft's own creation. There's no good reason why the types of data Microsoft collects at each telemetry level couldn't be adjusted so that even at the lowest level of telemetry collection, users could still benefit from Windows Update and secure their machines from vulnerabilities, without having to send back things like app usage data or unique IDs like an IMEI number.