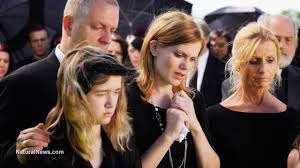 (NaturalNews) Americans are donating their bodies to medical schools in record numbers due to the skyrocketing cost of traditional burials, according to a recent Associated Press story featured by Breitbart.

The average cost of a traditional funeral and burial in the United States ranges between $8,000 and $10,000, including the ceremony, casket and headstone.

Many Americans these days simply cannot afford such an amount, so more and more of the less affluent are choosing to donate their bodies to science – a practice that was once unthinkable for a large portion of the population.

Several medical schools are reporting a marked increase in the number of donations, which are welcomed by researchers and students who use the cadavers for anatomy class dissections, surgical practice or testing of new technologies and procedures.

"The University of Minnesota said it received more than 550 cadavers last year, up from 170 in 2002. The University at Buffalo got almost 600 last year, a doubling over the past decade. Others that reported increases include Duke University, the University of Arizona and state agencies in Maryland and Virginia. ScienceCare, a national tissue bank, now receives 5,000 cadavers a year, twice as many as in 2010."

According to the National Funeral Directors Association, the cost of traditional burials has increased by nearly 30 percent in the last decade. When a person donates his or her body, the medical schools cremate the unused remains and often return the ashes to the family at no charge.

Donating one's body to science is no longer 'taboo'

Changes in cultural and religious attitudes are partly responsible for the surge in donations, along with the concerns regarding the exorbitant expense of traditional burials, according to specialists in the field.

Such donations are no longer taboo, it seems. "Now we have thousands of registered donors," said Mark Zavoyna, manager of Georgetown University's body donation program.

Although animals and artificial cadavers are useful to a certain extent for teaching and research, nothing can replace the "real thing" for medical students, according to Duke University surgery professor Dr. Michael Zenn, "because ultimately these people are going to be taking care of patients."

Cadaver shortages still a problem in some areas

Although many medical schools are benefiting from the increase in donations, some are still facing a shortage. In some states, such as Illinois, the number of donated cadavers has actually decreased in the past few decades.

The Anatomical Gift Association of Illinois has begun purchasing newspaper ads, while many other such programs still avoid resorting to advertising.

However, a recent video produced by Donate Life – a non-profit alliance "committed to increasing the number of donated organs, eyes and tissue available for transplant" – has gone viral on the web, and may serve to increase the number of organ donors.

In the video, a fictional "assh**e" named Coleman Sweeney is seen going about his typical daily routine – which includes the insulting and harassment of neighbors, strangers and children – before the character suddenly drops dead of a brain aneurysm.

It is then revealed that, despite being the "world's biggest assh**e," Sweeney is actually an organ donor, thereby redeeming his atrocious behavior while alive.

The clever, humorous and somewhat poignant video (posted below) is likely to be effective in at least making people think about organ donations in a new light.