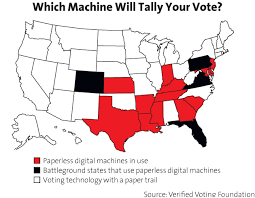 America's voting machines are a patchwork of systems spread across thousands of districts, with widely varying degrees of accountability. It's a mess. One that the Department of Homeland Security has finally committed to helping clean up.

This week, DHS chief Jeh Johnson held a call with state election officials to outline, very roughly, the kind of assistance that DHS will provide to help prevent cyber attacks in this fall's elections. For now, details are vague, and whatever DHS plans to do will need to happen quickly; election day may be November 8, but in some states, early voting starts in just six weeks. That's not enough time to solve all of America's voting machine issues.

Fortunately, there's still plenty DHS can accomplish—assuming the districts that need the most help realize it.

The problems with America's electronic voting machines are extensive, but also easily summarized: Many of them are old computers, and old computers are more vulnerable to disruptions both purposeful (malware) and benign (bugs).

In the most extreme case to date, a security expert found that one particular type of electronic voting machine, used in Virginia elections, was so insecure that a novice hacker would have been able to sway results without much difficulty. That device was decertified, but researchers have demonstrated that other models, still in use around the country, are also vulnerable.

The reason so many machines are so out of date is also simple; replacing them would require money, and few districts are willing or able to pay for them. It's often not even clear who would pick up the bill.

Tucker: This may be the last chance to save California