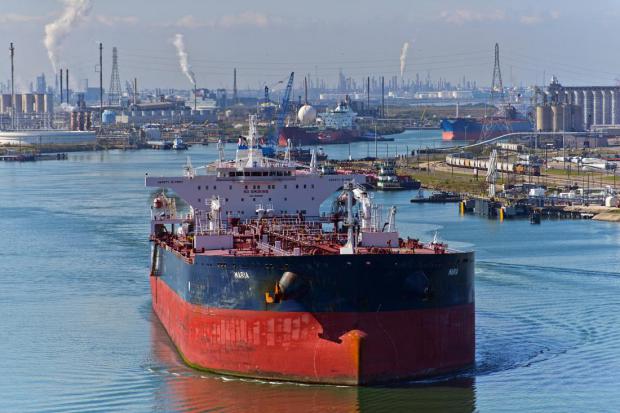 U.S. crude oil is reaching all corners of the world, after a 40-year ban on exports was lifted at the end of last year.

More than 87 million barrels of crude and condensate have been shipped to 17 countries in the first half of 2016, based on Bloomberg calculations from Census Bureau data. Most has gone to Canada, which received 53.5 million barrels, followed by Curacao, which took 8.68 million, and the Netherlands with 6 million. Canada was already a customer, having been largely exempt from the limits. 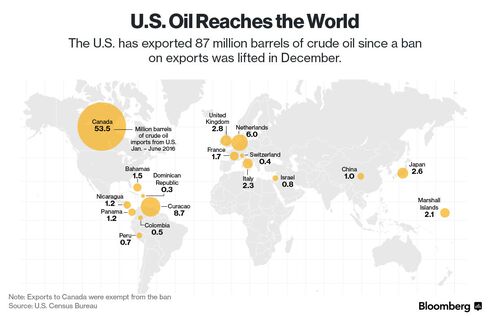 The U.S. Congress and President Barack Obama agreed in December to end the trade restrictions, which were established after OPEC oil embargoes that crippled U.S. supplies in the 1970s.

Other buyers include the U.K, Japan and even the Marshall Islands, according to U.S. Census Bureau data.

"The data for shipments to the Marshall Islands could have been a mistake, those were probably tankers with the Marshall Islands flag," said John Auers, executive vice president of Turner Mason & Co., a Dallas-based consulting firm. "It's possible that those cargoes were headed for Asia."