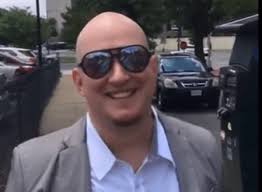 Friends of Shawn Lucas, the attorney who was found unconscious on his bathroom floor after serving the DNC with a lawsuit, are reportedly "freaked out" by the strange circumstances surrounding his death.

Lucas appeared in a video in which he served papers relating to a lawsuit against the DNC alleging that then DNC chairwoman Debbie Wasserman Schultz "rigged the primary for Hillary Clinton".

The lawsuit, filed in June 28, alleged "that Wasserman Schultz and the DNC were fraudulent, negligent and misrepresented their true motivations in the Democratic presidential primary," according to UPI.

Lucas was was found unconscious in his bathroom by his girlfriend, Savannah King on August 2 and authorities have refused to say how he died.

According to a source whose husband was friends with Lucas for 15 years, those who knew the attorney are perplexed at his sudden death.

"My husband has known Shawn for 15 years. He passed away but nobody was saying how. I looked it up and all this stuff started coming up. Completely freaked us out. Now I'm all paranoid because I stumped for Bernie," she told Derek Wood.

The source emphasized that Lucas was "never into drugs" and led a very disciplined life, adding to the mystery of why he was suddenly found dead on his bathroom floor despite being in good health.

"He was generally loved by everyone and known as an all-around nice guy. My husband and none of our mutual friends ever remember him having drug problems or enemies," she added.