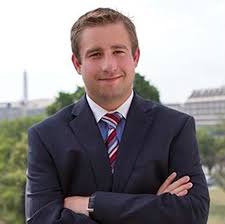 A DNC staffer shot dead in an affluent suburb of Washington D.C. last month may have leaked 20,000 party emails to Wikileaks, Julian Assange has hinted.

Seth Conrad Rich, 27, was gunned down in the street in the early hours of July 10 while on the phone to his girlfriend.

In an interview with Dutch television on Tuesday, Assange said that 'our whistleblowers go to significant efforts to get us material and often very significant risks'. In the same breath, he cited Rich's murder 'on the streets of Washington just a few weeks ago'.

On the same day, Wikileaks offered a $20,000 reward for information leading to a conviction in Rich's murder.

This has added fuel to conspiracy theories that Rich leaked embarrassing emails that were released at the start of the party's convention, revealing that the party had conspired against Bernie Sanders and leading to the resignation of Democratic party chairwoman Debbie Wasserman Schultz on July 24.