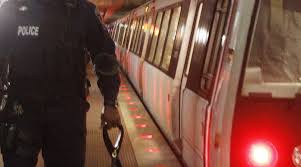 Young allegedly purchased "stored value" gift cards for a mobile messaging service and other 'technology-related' items to send to Daesh operatives to assist them in evading detection by authorities.

However, as ABC News reports:

"Instead of allegedly engaging with true ISIS associates … Young was actually in touch with FBI informants and agents from the FBI's Joint Terrorism Task Force in Washington, which has been conducting a lengthy undercover investigation into the office, officials say."

Young has been terminated from his position, according to Washington Metropolitan Area Transit Authority CEO Paul Wiedefeld — who also explained the FBI has been investigating the now-former officer for "several years."