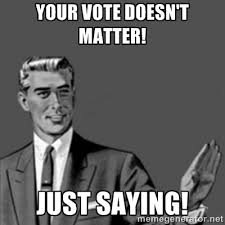 Then there is the deep-rooted issue of feeling like we are not thriving as the world, because there are obstacles we simply cannot overcome.

I was sitting on the beach the other day, staring out at the vast ocean, and asked myself, do I feel free? At first, I thought, well, yes. Despite government control, in my own little world, I am happy, and do not feel chained to an idea, a person, and so on. But then I wondered if perhaps I am just brainwashed.

Foster Gamble of Thrive answers in a way that both alarms me and causes me to open my eyes:

"…my research revealed that a small group of financial elite have gained control over key areas of our lives – energy, food, health care, education and more – and are the single greatest threat to humanity's ability to thrive."

The financial elite who govern us do so out of greed, not for a better world, a better America, but for heavy pockets and incredible power. A study conducted by two political science professors suggests ordinary Americans have virtually no impact on the making of national policy. So who runs America? Rich individuals and business-controlled interest groups.

In the throes of political upheaval, there is so much discussion about what should have been, could have been, and what will be. It is a confusing and controversial time in the U.S. When voters put Barack Obama in office, they anticipated big changes. Obama sought to defend civil liberties and privacy, yet many questions how Obama's version of national security is that much different than the one he inherited.

"His 2007 speech has become a cautionary tale of the gulf between powerful campaign rhetoric and reality," noted CNN. So while the president lets down the country, and we are left to believe in his wrongdoings, the reality is, he couldn't have pulled through in the first place.