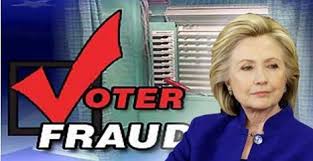 But two "liberal" computer experts, who are taken serious in the security scene, now build on those false assertions to say that Russia might manipulate voting machines in the November 9 elections. It would do so, presumably, to change the vote count in favor of Trump.

That headline alone is already dumb. ANY hacker could target and manipulate the easy to deceive voting machines - should those be connected to the Internet. Local administrators of such machines can manipulate them any time.

Schneier is, untypically for him, in war mongering mode.

If the intelligence community has indeed ascertained that Russia is to blame, our government needs to decide what to do in response. This is difficult because the attacks are politically partisan, but it is essential. If foreign governments learn that they can influence our elections with impunity, this opens the door for future manipulations, both document thefts and dumps like this one that we see and more subtle manipulations that we don't see.

[W]e need to secure our election systems before autumn. If Putin's government has already used a cyberattack to attempt to help Trump win, there's no reason to believe he won't do it again — especially now that Trump is inviting the "help."

What a joke. Trump has not invited Russian "help" to manipulate voting computers. Trump also did not ask Russia to "hack" the Clinton email sever. That server no longer exists. If the Clinton email-server was secure, as Clinton asserts, and if the emails in question have been deleted, as Clinton also asserts, how could Russia  "hack" for them?