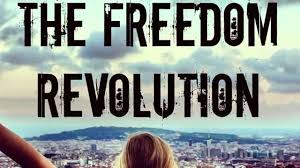 As the clock winds down on what is supposed to be the end of Barack Obama's valiant attempt to transform America from the world's only superpower into a banana republic dictatorship, a couple of unforeseen events have occurred.

The first is the totally unexpected appearance of a brash, anti-establishment billionaire who pays homage to no living person or political party and appears to be totally devoid of fear. Contrasted to the bootlicking cowardice of the vast majority of politicians, particularly in the Republican Party, his lack of fear is both astonishing and refreshing.

The other unexpected event is the appearance of a strange new hybrid word spelled B-r-e-x-i-t — the referendum on whether Great Britain should or should not break away from the European Union. Of course, it was supposed to be a mere formality for Britons to vote against exiting, but, as with the Donald Trump phenomenon, the experts completely misjudged the anger and nationalistic fervor of voters. Thus, the polls were once again exposed as little more than propaganda devices.

The bottom line is that after centuries of bondage, everyday people are suddenly revolting against the political criminals who have controlled their lives. Why do so many politicians, including the most power hungry among them, still not understand the phenomenon that is unfolding before their very eyes? Perhaps the prison warden in the film Cool Hand Luke best summed up the disconnect between the corrupt establishment and the general populace when he drawled, "What we've got here is a failure to communicate."

While I wouldn't want to get my hopes too high, I admit that for the first time in my life I see a freedom revolution as a real possibility. Not a probability, but a possibility.

Most of us, when we talk about revolution, think of an uprising from the left. Revolution tends to bring visions of the good old-fashioned kind of uprising that Marx and Engels wrote about in the nineteenth century and Lenin and Trotsky put into action early in the next century.