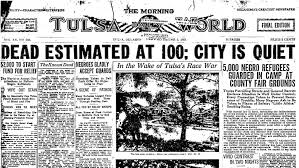 Several SurvivalBlog readers wrote in concerning the top note yesterday about CBS' claim that Orlando was the "deadliest" shooting. CBS really missed the mark with that claim, underscoring the mainstream media's inability to do even the most basic research and their inability to correct or retract bad information. This is by no means an all encompassing list, and the main reason for posting it is to underscore that the worst atrocities and mass killings were perpetrated mostly by government entities and/or targeting those least capable of defending themselves.

The Colfax Massacre (1873): White Democrats armed with rifles and a small cannon overpowered the Republican freedmen and state militia trying to control the Grant Parish courthouse in Colfax. Estimates of the number of dead vary and are hard to determine, due to bodies being thrown into the river, but are somewhere between 62 and 153. Nearly 50 were killed after being held prisoner for several hours.

Wounded Knee Massacre (1890): Previously mentioned, and the number of fatalities is somewhere between 150 and 300.

The Tulsa Race Riot (1921): A large scale, racially-motivated conflict where a group of whites attacked the black community of Tulsa, Oklahoma. Fatality estimates are between 55 and 300, though the official number was 39. Thirty-five city blocks were destroyed, leaving an estimated 10,000 blacks homeless.