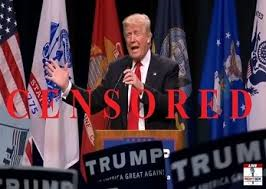 The City of Cleveland is attempting to suppress pro-Trump rallies during the Republican National Committee, a move even the liberal ACLU calls unconstitutional.

"There is only 18 hours of permit time under these regulations, parade time, over the three or four days of the convention," ACLU General Counsel Susan Becker said.  "We just found out about that recently."

"So we are hoping we can really negotiate these points but it is really up to the city to come back with more reasonable time, place and manner of regulations that we can live with."

Insiders have described both the City of Cleveland and Cuyahoga Co. as Democratic machines in Hillary Clinton's pocket, and if they're able to suppress Trump supporters, anti-Trump protestors will dominate the city – and international media coverage.