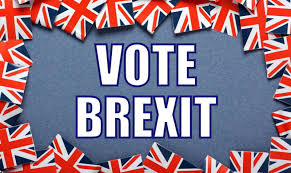 The list of names of organizations who are against Brexit are the very same names that ignite memories of housing bubbles, blown economic forecasts, and the rising income inequality woes the left rails against.

Yet, the British left sings the praises of preposterous claims made by Goldman Sachs, JP Morgan, the IMF, and David Cameron who have all blown economic call, after call, after call!

Will Anyone On the Left Stand Up for Brexit?

Praises to Counter Punch writer Oliver Pawley for his insights in Will Anyone On the Left Stand Up for Brexit?

Goldman Sachs, JP Morgan, The IMF, David Cameron, George Osborne, Hillary Clinton, Mark Carney — it's a list of names that many on the left would surely like rather see condemned than side with in a democratic debate. Yet the build-up to the forthcoming referendum on Britain's EU membership sees them doing exactly that.

Caitlin Johnstone: How Long Before We Humans Are Being Policed by Robots?

Guess What Else the Lying Liars Lie About

Portland Begs Police to Come Back, But Nobody Even Applies. Marxism Fail…