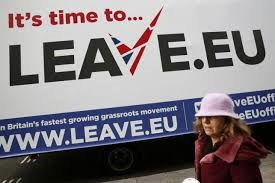 The midnight Tuesday deadline for registrating to vote will be extended by 48 hours, the government announced.

Emergency laws will be rushed through parliament on Thursday, two weeks ahead of the historic June 23 vote, to legalise the extension.

Hundreds of thousands of people tried to register at the last minute, causing the online site to fail.

Applications came particularly from younger voters, who according to opinion polls tend to favour staying in the EU -- and "Remain" campaigners had complained the glitch would lessen their chances of victory.

"They've just told the House of Commons that their website crashed last night because of the high demand," Matthew Elliott, chief executive of the Vote Leave campaign said in a statement.

"But we know that the government and their allies are trying to register as many likely 'Remain' voters as possible," he said, adding: "Don't let the government skew the result of the referendum."