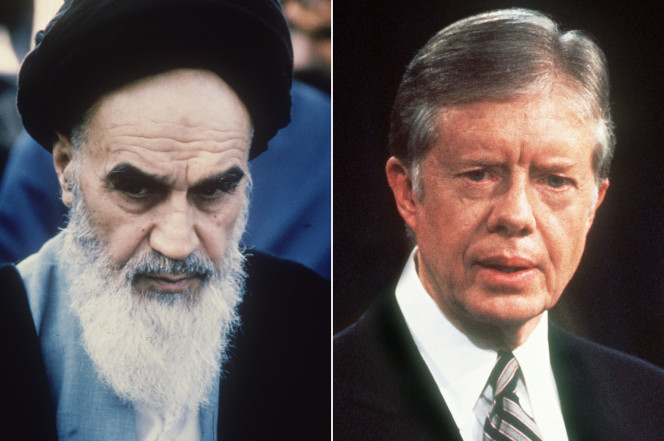 It's been an open secret that the US organized and enabled two of the three major events in modern Iranian history: the overthrow of the democratically elected Prime Minister Mohammad Mossadegh in 1953 and the Shah's subsequent reign of terror (and eventual exile). But newly-released documents confirm that the US had a larger role than previously admitted in the third: the Islamic Revolution of 1979.

The documents, reported on last week by the BBC's Persian Service, confirm that Ayatollah Khomeini was in direct communication with US President Jimmy Carter in the crucial weeks following the Shah's departure from Iran on January 16, 1979. And, despite vigorous denial by the Iranian government, the records show that Khomeini struck a conciliatory tone with the US government as he attempted to broker his return to the country.

"You will see we are not in any particular animosity with the Americans," Khomeini wrote in a message to US President Jimmy Carter at the time, part of a series of recently declassified diplomatic cables, policy memos, meeting records and other documents obtained by the BBC. The White House responded that they would not be adverse to the possibility of a change in the Iranian constitution, a tacit acceptance of the overthrow of the shah and institution of a republic. Khomeini, in return, assured Carter that: "The oil flow will continue after the establishment of the Islamic Republic."

The records indicate that Khomeini's contact with the US Government stretch back to 1963, when the then-exiled religious leader made contact with President Kennedy to inform him that "he was not opposed to American interests in Iran" and "expressed his belief in close cooperation between Islam and other world religions." 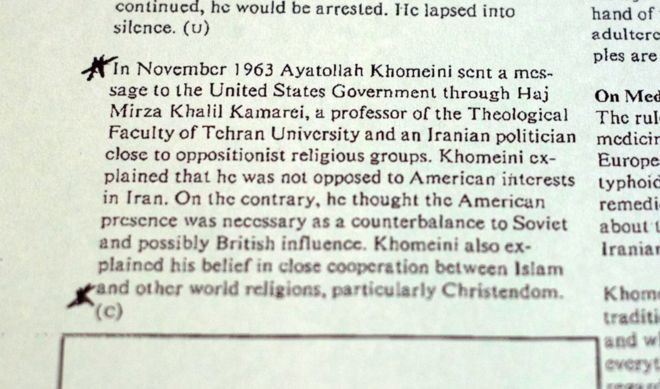 The US has until now never formally admitted to being in contact with Khomeini prior to the revolution. The messages are in direct contradiction to the Iranian government's official story that Khomeini had to fight a hostile American government at every step in order to return to the country in February of 1979 and effect the Islamic revolution. But they back up what has long been asserted by whistleblowers and sources from that time who were dismissed as cranks and provocateurs.

Tehran, for its part, has denounced the documents, calling them a "fabrication" and part of a "childish game" of manipulation to ease the stigma of American-Iranian relations in the Iranian public's mind.