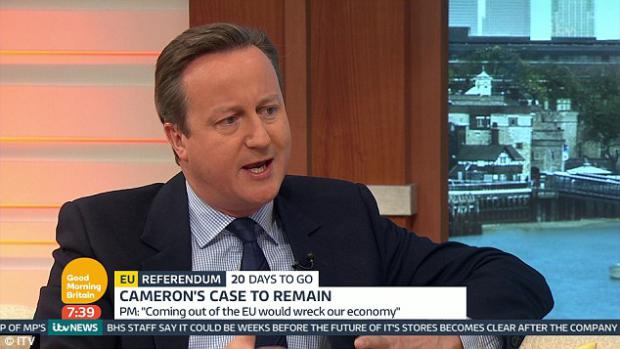 This pushed UK PM David Cameron into full panic mode, explaining that "we're not scaremongering," Cameron then said during an interview that Brexit would put a "bomb under our economy, and the worst thing is, we'd have lit the fuse ourselves."

"The risks of remain are massive. Not only do we hand over more than £350 million a week to the EU, but if we vote to stay the British people will be on the hook for even more cash.

It is a triple whammy of woe: the eurozone is being strangled by stagnation, unemployment and a lack of growth, it could explode at any time and we will be forced to bail it out.

"The botched bureaucratic response to the migration crisis means the Eurocrats are demanding even more of our money. And now we find that there is a £20 billion black hole in the EU's finances."