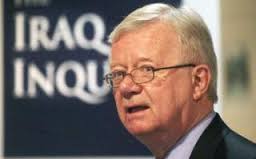 Downing Street has intervened to ensure families of British soldiers killed in the Iraq War will not have to pay £767 for a hard copy of the Chilcot report after an outcry from MPs.

A Number 10 spokesman said on Friday afternoon that no family of the fallen would be charged after bereaved relatives said they had been brought to tears by the "disgusting" situation.

It had emerged that while the families were to get a free hard copy of the executive summary – which would otherwise cost £30 – they would not be given the full report.

Instead they would have to pay close to £800 for the 12-volume printed report like other members of the public or made to read it for free online.

After growing anger, a Number 10 spokesman said: "There is no question of families of service personnel who died in Iraq having to pay for copies of the Chilcot report."

It has not yet been announce how the costs will be covered, but it is understood government figures will now liaise with the Chilcot Inquiry to work out a solution. Some 179 British soldiers lost their lives in the Iraq War Credit: Alamy

The initial news had infuriated the loved ones of those who died during combat who have been waiting seven years to find out what really happened in the run-up to war.

Rose Gentle, whose son Fusilier Gordon Gentle was killed in a bomb attack in Basra, said: "It's disgusting. I'm quite upset by that. Why should we have to pay - have we not paid enough times with the lives of our sons?"

She added: "It's bringing a tear to myself. Why doesn't Tony Blair say 'I will pay for it', because he has got enough money."

Roger Bacon, whose son Major Matthew Bacon died in Iraq, said: "To be expected to pay that amount of money for a report that has had an enormous effect on all of us is really not on.

"To deal with something like this you need to have something you can hold and read. It is offensive to expect us to cough up that amount of money."