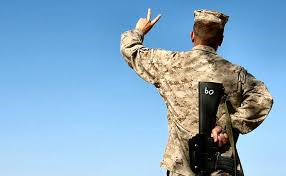 It was a baptism in the American way, along with the salivating violence of the Chicago police at the Democratic Party's rigged convention.  The great counter revolution had begun.

The first to be assassinated that year, Martin Luther King, had dared link the suffering of African-Americans and the people of Vietnam. When Janis Joplin sang, "Freedom's just another word for nothing left to lose", she spoke perhaps unconsciously for millions of America's victims in faraway places.

"We lost 58,000 young soldiers in Vietnam, and they died defending your freedom. Now don't you forget it."  So said a National Parks Service guide as I filmed last week at the Lincoln Memorial in Washington. He was addressing a school party of young teenagers in bright orange T-shirts. As if by rote, he inverted the truth about Vietnam into an unchallenged lie.

The millions of Vietnamese who died and were maimed and poisoned and dispossessed by the American invasion have no historical place in young minds, not to mention the estimated 60,000 veterans who took their own lives. A friend of mine, a marine who became a paraplegic in Vietnam, was often asked, "Which side did you fight on?"