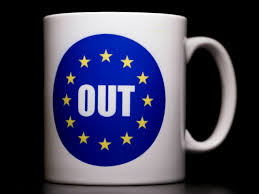 CNBC senior contributor Larry Kudlow discusses the British vote to exit the European Union with Breitbart News Daily, as SiriusXM host Stephen K. Bannon noted the vote for exit is now ahead by a few points in some polls, producing a "tectonic plate shift and shockwave in London."

Bannon asked Kudlow if the "rise of economic nationalism," as exemplified by the Brexit vote, was a good or bad development.

"If it wins, you listen to people like Boris Johnson – he's an MP from London, he was the mayor of London – a lot of those guys argue that they're ceding power to Brussels, and the EU, and that Britain will never rule Britain again," he continued. "Britain's democracy will not be the most important factor in making decisions for the country. I think that is more  at stake. The economic stuff, we can talk about that, and there are a lot of naysayers regarding trade and banking, but I don't buy that, frankly. I just don't buy that."

Bannon noted that European Union officials, and President Obama, have attempted to suppress the exit vote by warning that independent Britain will not be given the sort of bilateral trade deals its economy would require to flourish. "Aren't they trying to put the fear of God into the British people, that hey, if you guys make this decision, you're going to cause a depression?" he asked.

"Yes," said Kudlow. "I mean, the London stock market – which is not just a stock market, it's a bond market and a currency market, it's a commodity market – is the largest financial exchange in the world, including the USA. And, I might add, it's been hot as a pistol. The idea that all these bankers and traders are going to move to Frankfurt is, to me, unrealistic."

"I think the money comes to London," Kudlow continued. "The money does not leave London, the money comes to London. I think it's just almost silly to make the arguments that are being made, at least on those grounds. So, I don't buy it. The United States, incidentally, will create a treaty. I mean, to some extent, Britain is better off making its own trade, and financial, and whatnot agreements."

In contrast, he said he doesn't think "the European Union is a model of anything economic."

"Britain, on the other hand, has probably the best-performing economy among the large countries, including the United States. They've had better GDP than we've had, for many years. They have lower tax rates, for example. Their capital gains tax rate's come down. Their corporate tax rate is scheduled to come down to 17%. The United States is still at 35%, which is why I vehemently support Trump's 15%. That's what attracts business," he said.