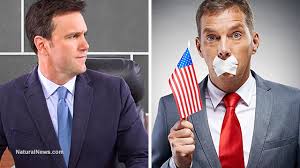 (NaturalNews) You probably didn't notice that in the world of national TV news, only Fox News reported that Obama's national security communications expert Ben Rhodes had told The New York Times about his "echo chamber." As reported by MRC News Busters, this "echo chamber" utilized compliant national media to promote the Iran arms deal – misleading the public about the entire affair, including when the initial discussions actually began.

It turns out that talks actually started back in July 2012, though the Obama Administration claimed they began after Hassan Rouhani's election in June 2013, almost a year later. Fox News appears to be the only mainstream news outlet prepared to report on the truth, and a similar situation occurred then Fox diplomatic correspondent James Rosen exposed the State Department for editing an on-camera admission by Psaki in 2013. Psaki admitted that it was necessary for the Obama Administration to lie to reporters about negotiating with Iran, because "diplomacy requires privacy to progress."

The mainstream media is actually censoring news coverage that exposes the government for censoring the news – in a quite frankly confusing and disturbing web of lies and deceit. And government censorship seems in fact to be a very common occurrence.

One example is the U.S. government's censorship of scientific experiments around H5N1 avian flu. According to Natural News, two journals – Science and Nature – took measures to remove certain details from the research that "terrorists may try to use to create biological weapons." The controversial move was deemed necessary when Dr. Ron Fouchier from Erasmus Medical Centre in the Netherlands deliberately created a deadly strain of H5N1 that could spread through mammals, including humans.

Dr. Fouchier told reporters that the deliberate mutation of H5N1 had created "probably one of the most dangerous viruses you can make. ... I can't think of another pathogenic organism that is as scary as this one."

But the government seemed to be a bit too late in terms of pulling the sensitive information, since it had already been made public at various conferences, according to Natural News. It is believed that some researchers are still able to access the original papers in their complete form – meaning that the U.S. government is only censoring to certain people. And whilst this censorship might seem to be for a very valid reason, it does bring into question how many pieces of research the U.S. government has altered to prevent the public from knowing the full story.

According to WND, despite objections from two of the conservative justices on the U.S. Supreme Court, the U.S. government can continue to censor speech in some parts of the nation, determining exactly what speech millions of Americans will or will not be exposed to during their commutes.