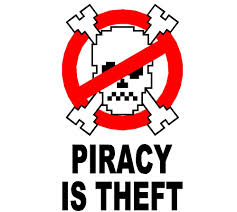 In October 2008, two of the big names in academic publishing, Elsevier and Thieme, celebrated victory against an "international piracy scheme involving the unlawful copying, sale, and distribution of scientific journals."

In the defeated scheme, a Vietnamese entrepreneur had used throwaway email accounts to pose as a salesman. He contacted academics, offering discounted access to subscription journals. The unsuspecting marks made payment through fake websites that mimicked the publishers', and received paper printouts of the journals in the mail.

Now, another international piracy scheme commands the attention of Elsevier—but this one looks more like a Silicon Valley startup than a black market.

The new offender, Sci-Hub, describes itself as "the first pirate website in the world to provide mass and public access to tens of millions of research papers." It has more than 47 million papers available for free, according to its own estimate, hosted on servers outside the US.

In June 2015 following a complaint against the site's founders, Elsevier succeeded in scaring Sci-Hub off the open web as a New York district court ruled that the site violates copyright law. But the site is still available, if you know where to look.

The front page of academic piracy

Sci-Hub was founded by a university student in Kazakhstan named Alexandra Elbakyan. While doing her research on machine-brain interfaces, Elbakyan discovered how hard it is to get access to scientific literature. The best research is locked up in paywalled journals with expensive subscriptions. Academics and students in richer countries get access to these journals through their universities, but independent researchers and academics in poorer countries often have to resort to piracy.