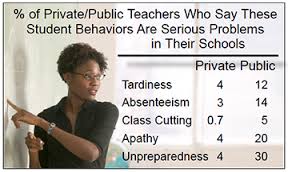 The escalation of Federal and state pressure against the Christian school movement is reaching a crisis stage. Day after day, some pastor or headmaster is put under new bureaucratic regulations. No longer is the battle against the independent schools being left to amateur state attorneys. The big guns are being aimed at the schools, and even at the churches. Today, under 27% of the school children in the Los Angeles schools are white; four years ago, the proportion was about 40%. The busing of children across the city (and Los Angeles, geographically, is second in size only to Jacksonville, Florida, and has a huge population) has created an exodus from the public schools. Within a decade, the public schools of urban America will be overwhelmingly composed of minority students, whose academic talents will not be developed to maximum potential by the disintegrating academic standards of the humanists' educational philosophies. To stem the bloodletting, the cities are desperate. Who will continue to vote for more bond issues, higher teacher salaries, and higher costs per pupil, when the majority of the taxpayers are sending their children to private schools? The tax revolt against the schools is predictable. Therefore, the independent schools are threatening the whole structure of modern humanism, and the Christian schools, because of the strong commitment by parents, and because of their more consistent anti-humanist programs, represent the greatest threat of all.

To stop the spread of these schools, the state officials will do almost anything. The most important tactic is legal harassment. It is expensive for tiny, struggling schools to hire top-flight legal talent. The state, on the other hand, is using the public's tax dollars to hire skilled lawyers who are doing their best to tie the independent schools in endless red tape and restrictions. How can a Christian school hope to win? How many trained, effective lawyers are there, especially those who are thoroughly familiar with the case-law precedents of the battle for the Christian school movement? Not many.

What we need, as always, is a program of decentralized schools and churches that are ready to fight. National organizations are too easy to infiltrate or buy off, or sidetrack. The local church and local school are driving the bureaucrats crazy, precisely because they are like hornets. There are too many of them to fight effectively. The problem facing us is this: How can we gain the benefits of a centralized, well-paid organization, but without the concomitant bureaucratization? How can we mobilize the fight, yet keep the troops in the field, constantly sniping at the state bureaucrats? How can we train local men to carry the battle to the local state officials, yet make sure that the local people are ready and able to fight a successful battle? We don't want precedents going against us in the courts. That's why there are so many cases being prosecuted by the state agencies: they are trying to get precedents.

Obviously, few churches can afford to hire a lawyer at $543+ per hour. Besides, lawyers face the problems of specialization, just like the rest of us. They have to become familiar with so many precedents, and the arguments used by both sides, in case after case, state after state. There is no doubt today that a coordinated effort by Federal and state prosecutors is being established. The prosecutors know who the defending witnesses are, who the defense attorneys are, and which lines of reasoning the defense will take. There are no more easy cases, where the defense attorney can overcome an unprepared prosecuting attorney. The enemy has been well-armed in this battle. Our men are poorly armed, except when the very best, most prominent defense attorneys have been hired. There are only so many of them to go around.

The cult of Kanye:

A Growing Number of Catholic Schools Are Shutting Down Forever