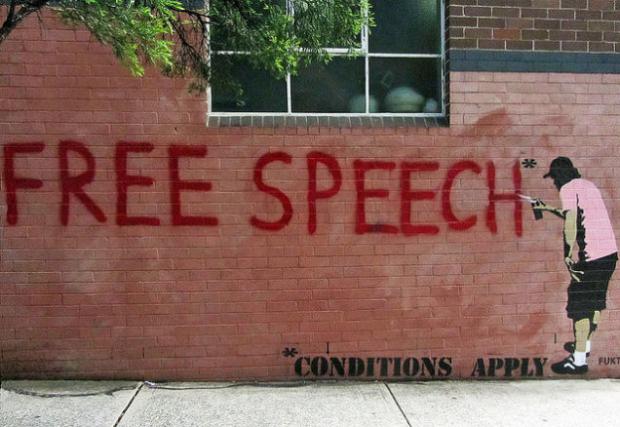 It all started when Farm News published a cartoon drawn by Rick Friday as part of a series entitled, ''It's Friday!" a sketch that the paper ran for 21 years. In the drawing, two farmers can be seen conversing with each other, with one saying that he wishes there were more money in farming. "There is," responded the second farmer, adding "In year 2015 the CEOs of Monsanto, DuPont Pioneer and John Deere combined made more money than 2129 Iowa farmers."

Apparently, a client that has a partnership with one of the three agricultural companies that Friday pointed out in the sketch didn't take the cartoon lightly, so much so that they immediately stopped advertising on the paper. And since Farm News, a publication offered for free in its area of circulation, heavily depends on their sponsors to pay their bills, those guys just can't afford to lose any more of their advertisers – leading to the cartoonist getting the ax.

"I am no longer the Editorial Cartoonist for Farm News," Rick Friday wrote on Facebook, referencing the incident about his sketch that led to him losing his job with the newspaper.

"Apparently a large company affiliated with one of the corporations mentioned in the cartoon was insulted and cancelled their advertisement with the paper, thus, resulting in the reprimand of my editor and cancellation of It's Friday cartoons after 21 years of service and over 1090 published cartoons to over 24,000 households per week in 33 counties of Iowa."

"I did my research and only submitted the facts in my cartoon."