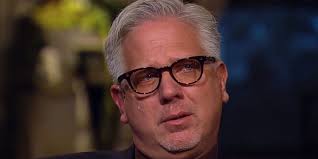 Surprising no-one, Glenn Beck, after joining the recent conservative delegation to Facebook, has defended the social network and its progressive CEO, Mark Zuckerberg, while attacking fellow conservatives for being too demanding of the company.

It's unclear if he's gunning for a role in their PR department in the wake of The Blaze's financial difficulties, but even if he isn't, it's hard to tell the difference. He's written a post on Medium as well as his own personal website, given an interview to TIME, and appeared on his own syndicated talk radio show to defend the social network.

In his post on Medium, whose CEO he met before flying down to Facebook's sprawling headquarters in his private jet, Beck attacked conservatives who suggested more political diversity in Facebook's staff. Astonishingly, he accused fellow conservatives who attended the meeting of staging a "Salem Witch Trial" against the company. If that wasn't enough, Beck also appears to have swallowed Mark Zuckerberg's argument that the company never discriminated against conservatives.

"I was convinced that Facebook is behaving appropriately and trying to do the right thing" wrote Beck. "They were humble, open, and listened intently to everyone in the room."

He didn't stop with one Medium article either. Beck is now talking to the media on behalf of Facebook, giving an interview to TIME in which he again defended the company's trustworthiness.

"Not one time did I get a sense that they were saying these things to get this off their back. I think they're sincere" said Beck "Mark [Zuckerberg] looks a man in the eye the entire time. I watched him carefully."