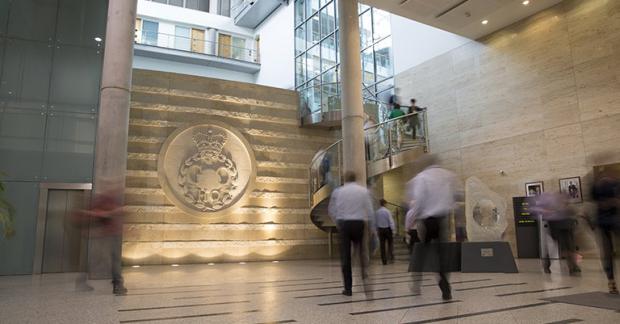 It was going to send its first ever tweet.

"Around 11:15 this morning, GCHQ will be issuing its first ever tweet on its official Twitter account @GCHQ," the very serious statement from a GCHQ spokesperson explained.

The account's first tweet, "Hello, world," is, as many know, a phrase people often learn to produce when dabbling with a programming language for the first time.

"A simple start but one that will resonate with computer programmers around the world," the spokesperson continued.

GCHQ says its account will be tweeting about the agency's history, mission, languages, mathematics, cybersecurity, and more, as well as participating "in social media conversations."

"And yes, there will be puzzles!" the statement added.