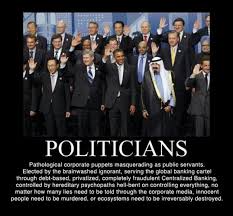 If you're a proud voter, I know what you're thinking: "I believe in voting because A.) we live in a democracy, and B.) we have the freedom to, so C.) why not try to change the system from the inside?"

But what if I told you that voting (and the entire notion of "authority" and "government") is a type of cultural brainwashing based on nothing but lies to keep you distracted, enslaved, and consenting?

What if I told you that voting is pointless, political campaigns are a charade, politicians are all megalomaniacal authoritarians, government is completely controlled by international banking and corporate oligarchies, and a better way is possible.

And I'm going to prove it to you.

Voting has been repeatedly shown to be unreliable and easily manipulatable without any public knowledge.

The fact is that government will never allow its core power structure to be challenged by fundamental change; it will only allow concessions like gay marriage or the decriminalization of marijuana. All candidates are pre-ordained and supported through mainstream media largely controlling public opinion.  Sure, they allow puppets to be changed every few years and make concessions like gay marriage or decriminalizing marijuana. But what about the Central Banking system and the Federal Reserve that's systematically devaluing the American currency? Why . I'm amazed that there are people who- after all the OBVIOUS corruption and perpetual global atrocities created and perpetuated by those in power- still can't see the absolute illegitimacy of government.

I used to be a flag-loving Statist. I get it. The brainwashed authoritarian indoctrination to the religious faith of government runs deep.

But compared to pre-9/11, the corruption has become SO much more blatantly obvious, and information is far more readily available online that you literally have to CHOOSE to not be well informed. You have to CHOOSE to not give a shit. I'm astonished people remain silent about, much less continue to vote with the "hope" that it will fundamentally "change" anything substantial. How many times do billboards have to fall on your head before you start to see the signs? 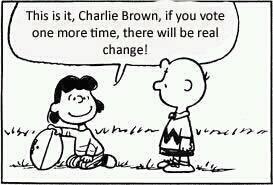 "Once the election is over, and once the winner is declared, everybody forgets about it. […] Most attempts are caught by the system. But there are cases that do slip through. [Voter fraud] undermines public confidence in democracy."

To assume that voting is a reliable method for determining public consensus in large-scale votes given everything we've covered is to not fully grasp the magnitude of corruption inherent in the current global political system. Furthermore, 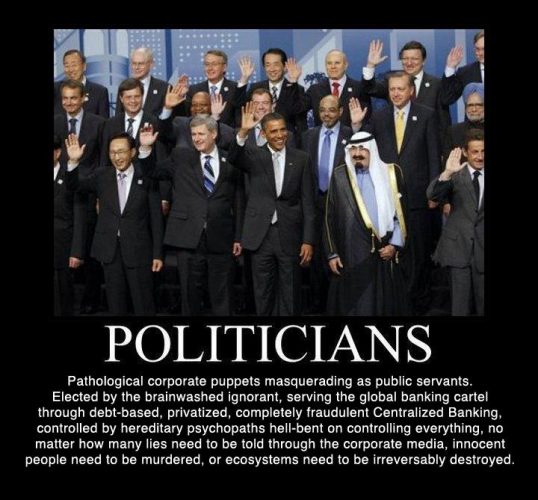 History shows that the longer society continues to legitimize corrupt politics by voting and glorifying politicians, the more destructive it becomes. Through voting, it's granted social permission to spread its "authority" through increasingly pervasive means. Government, being rooted in the principles of continually expanding domination, cannot fundamentally change to bring about true peace, and voting cannot change this inevitability. The myriad of contradictory laws are purposefully obfuscated with endless loopholes and speculative interpretations between elites with converging interests. The "Blue Wall of Silence" throughout many branches of government and big business act as fail-safes which maintain the power structure. The mainstream media which largely dictates public perception is controlled by the same corporate interests directing government, which manipulates the allowable spectrum of discussion and candidates in the political process. The old adage rings true- "You cannot disassemble the Master's house using the Master's tools".