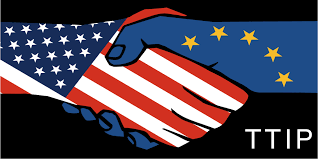 The official documents prove that my description of these "partnerships" when they first appeared in the news is totally correct.

These so-called "free trade agreements" are not trade agreements. The purpose of the "partnerships," which were drafted by global corporations, is to make corporations immune to the laws of sovereign countries in which they do business. Any country's sovereign law whether social, environmental, food safety, labor protections—any law or regulation—that impacts a corporation's profits is labeled a "restraint on trade." The "partnerships" permit corporations to file a suit that overturns the law or regulation and also awards the corporation damages paid by the taxpayers of the country that tried to protect its environment or the safety of its food and workers.

The law suit is not heard in the courts of the country or in any court. It is heard in a corporate tribunal in which corporations serve as judge, jury, and prosecutor.

In other words, the "partnerships" give global corporations the power to overturn democratic outcomes.