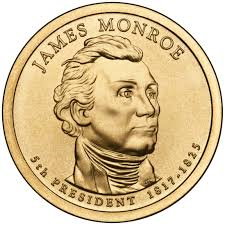 This is unjust and an indictment of the historical profession. Monroe, they suggest, lacked leadership and energy in the executive office. He should have been more like Lincoln or F. Roosevelt, two "great" presidents according to their standards. One History Channel production suggested that the only positive thing to say about Monroe is that he was honest. Yet, if these historians ranked presidents based on the way the executive office was sold to the States during ratification, Monroe would be in the top ten, if not the top six or seven, of the men who have occupied that office.

But Monroe was more important to the fabric of American history than his time in the executive mansion. He was a hero of the American War for Independence and almost lost his life at the Battle of Trenton. He was Governor of Virginia and represented his home State in the Continental Congress and in the United States Senate; he served as Minister to both France and Great Britain and then as Secretary of War and Secretary of State; however, as with Jefferson, Washington, and other members of the founding generation, office, and political station did not make the man. Monroe helped define American republicanism in the 1790s.