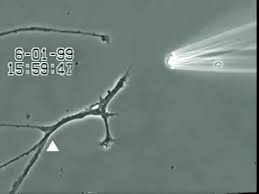 (NaturalNews) Medical science has long known that mercury is a health hazard no matter how it gets into the body. Whether by foods we eat, water we drink, through vaccines or even our dental fillings, mercury is damaging to our health and toxic to our bodies.

According to this scientific video explaining mercury's toxic effects, one of the major contributors to mercury toxicity in via dental fillings.

The video, produced by the University of Calgary Faculty of Medicine Dept. of Physiology and Biophysics, "clearly shows how mercury in fillings can destroy brain neurons as seen with people who have Alzheimer's Disease," according to a description of it posted online at YouTube.

Researchers demonstrated in 1997 how mercury vapor inhalation by animals produced negative effects in the brain – in particular a lesion that is seen in at least 80 percent of brains in patients diagnosed with Alzheimer's disease. And more recently, researchers at the University of Calgary were able to demonstrate how mercury can alter the cell structure of developing neurons in the brain.

Later research published in PLOS ONE by researchers from the College of William and Mary in Virginia found that songbirds that were exposed to sub-lethal and trace amounts of mercury left over from industrial manufacturing operations incurred reproductive problems and immune suppression, as well as brain abnormalities and other anomalies.

The songbirds' exposure to industrial chemicals in the environment has also been studied in fish and fish-eating birds, but at that time it had not been studied so much in forest birds. Dan Cristol, a biology professor at the College of William and Mary, and some colleagues embarked on a study to find out how other types of birds – specifically songbirds living around the Shenandoah Valley's South River – were being affected by chemical residues still evident from manufacturing of rayon that occurred at DuPont factories between 1929 and 1950.

Rayon is a type of smooth textile that is often used in place of silk, but the manufacturing process left behind mercury and other chemicals in nearby rivers and land. For many decades, birds living in the area had been exposed to those chemicals as they searched for food. That was a scenario that Cristol saw as an opportunity to learn more about the effects of that exposure.

As reported by The Virginia Gazette:

The researchers believe that forest birds are suffering high dosages because their diet either directly comes from the river, through insects such as mayflies, or else through arachnids or insects that eat river insects. Meanwhile, they found many other differences between South River's wild birds and those of reference sites, according to Cristol.

"They had 20 percent fewer babies," he said. "Their songs are sung at the wrong pitch. Their hormone levels are altered. Their immune systems are suppressed."

The research team could not draw a line directly from mercury to the anomalies, but they said it looked very much like mercury was the cause.

In 2015, we reported that mercury, which can be found in vaccines as the preservative "thimerosal," was likely to blame for early-onset dementia occurring in people in their 40s: