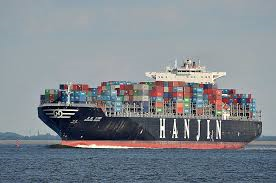 South Korean exports, nicknamed "the world's economic canary in the coal mine," have struggled with 15 consecutive months of drops.

In a recent note to clients, Deutsche Bank senior economist Juliana Lee outlined how these two "existential threats" have squeezed Korean manufacturing in between "a rock and a hard place."

Lee notes that China has progressed forward in industrial sophistication over the last few years. In fact, the technology gap between China and Korea, which measures how long it would take for China to catch up with Korea's tech, has narrowed to 1.4 years in 2014 from 2.7 years in 2008, according to figures cited by Lee.